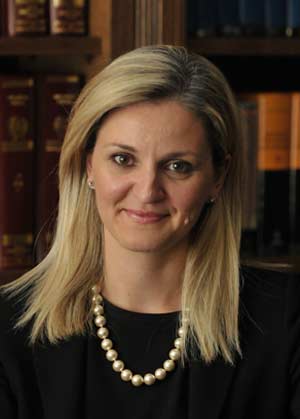 Persi is a graduate of the Law School of the University of Athens, where she obtained her LL.B, and of the University of Bristol, from which she holds a Master of Laws (LL.M) in Commercial Law. Before first joining Kelemenis & Co in late 2006, she had worked with the Commercial Bank of Greece on enforcement matters. She left Kelemenis & Co. to take up a post in the Greek Parliament where she focused on legislation drafting and returned in early 2013. Her current focus is on insurance regulation and litigation building upon her background in insurance law from the time that she had been appointed as the supervisor of the liquidation of insurance company General Union.

Kelemenis & Co has been representing General Union in all aspects of its liquidation. Other clients include Axa Insurance, Lloyd’s of London and Arch Insurance. Yannis Kelemenis and associate Persi Bouna are both very active.